Posted on June 6, 2013 by northwestphotos

Mount Hood as seen from the Columbia River Gorge

Continuing on my journey along the Columbia River, I headed back west along the gorge from the east side of the Cascades in Washington State. By the way, the Columbia River Gorge is the only sea-level pass through the Cascade Mountain Range. I wanted to get some photos of Mount Hood, and one needs to be on the Washington side of the gorge to get good shots of its north face. Also, one needs to get the shots in the early morning light, especially during the summer, before any haze sets in. Here’s a few more photos.

One of the other places I stopped at along the way was the Bonneville Power Dam Visitor Center, which is located in the western, greener part of the gorge. There are two of these, the largest being located on the Oregon side of the river, where they also have a Sturgeon holding pond. I had not visited the Washington side visitor center since the 911 events, and I wondered how much had changed as far as visitors being allowed on the premise. I soon found out. One must drive through a security gate and have questions asked, and then you may be asked to open the trunk of your car for a quick inspection. Also, cameras are allowed inside, but not backpacks. So traveler, beware. Once inside, I was surprised to see how much had changed. You are pretty much restricted to a small area inside now. You can also walk around outside and view the fish ladders with all the fish jumping around. There is also a viewing room below the ladders to watch the fish underwater along with some historical and archeological exhibits on display. I’ve included in the photos below an image of a huge, wooden salmon on display inside the visitor center. 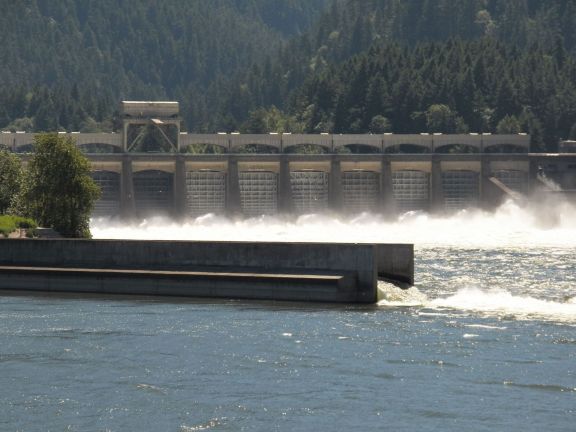 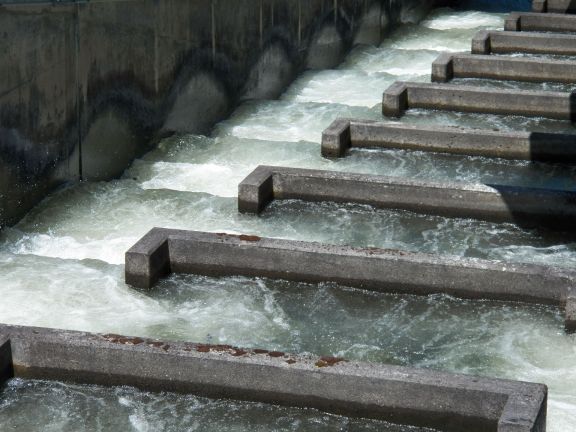 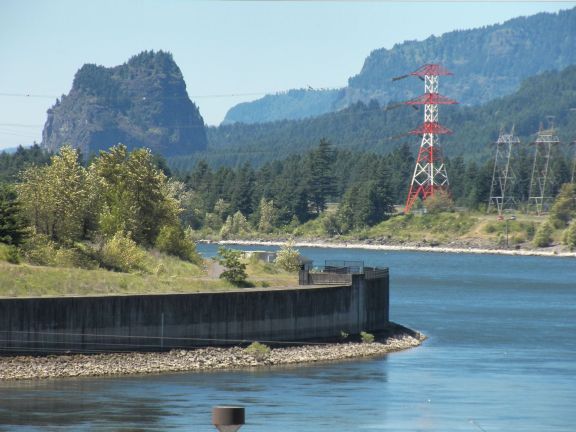 Pay attention to that big rock on the left side of the last photo just posted. That is my next destination – Beacon Rock. It is a basaltic monolith, actually a volcanic plug. It’s what remains from the inside of an ancient volcano. The softer, outside remnants of the volcano have been eroded away from the many, ancient floods that scoured through the gorge eons ago. If you have ever heard of the Great Missoula Floods, the gorge was, in part, shaped by them. The whole Columbia Plateau area in Washington State is the largest volcanic basin in the continental US. It takes up a lot of area in the state.

Beacon Rock is 848 ft tall and has trails carved into its steep walls that lead to the top for an outstanding view. It is included as part of a state park. I started up the trail, when I overheard someone mention that there were something like 47 switchbacks, at which point I decided that I probably could not make the whole trip. I think I may have made it half way up, and then I started getting a little nervous. I have some physical disabilities that I have to deal with, and I know my limitations. This is a lot of steep hiking, and pretty precarious at that. One needs to be aware of the wind factor as well in the gorge. Here’s a few photos to give you any idea what it’s like on the edge of a vertical rock face. The last photo is one that I snapped at the highest point, before I decided to turn back. 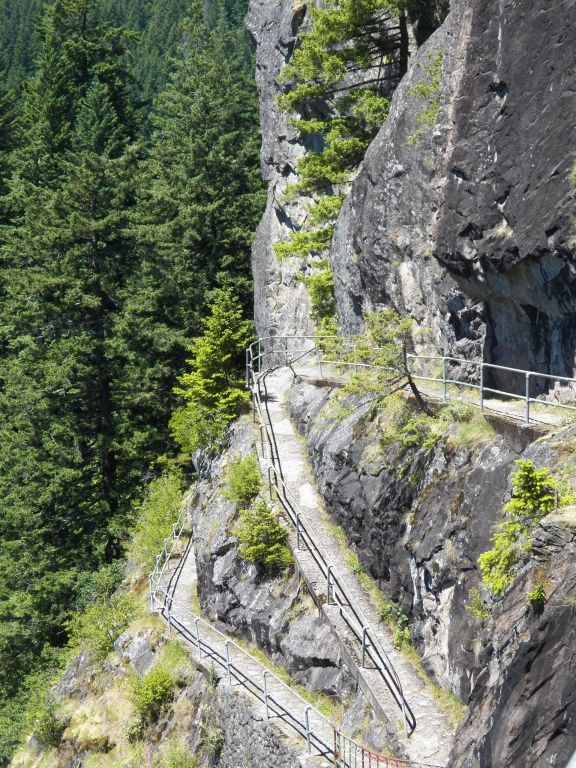 So much for excitement in one day. I stopped at one more viewpoint named Cape Horn, before heading for home. I hope that one day, you, the traveler, will have a chance to visit the beautiful Columbia River Gorge National Scenic Area. 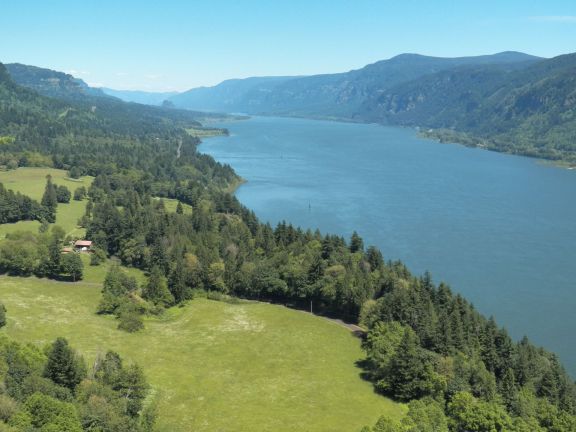 All images property of Peggy A Thompson

5 Responses to Pleasures of the Columbia River Gorge – Part II