The Running of the Salmon

Posted on September 19, 2016 by northwestphotos

To truly immerse oneself into the Pacific Northwest experience, one must witness the cyclic migration of salmon, upstream to their ultimate destination—and—ultimately, their death.

Today I bore witness to this amazing life cycle migration. I visited Tumwater Falls Park to see if the salmon were migrating up stream along the Deschutes River (not to be confused with the Deschutes River, Oregon). Normally, in September and October, one can watch them returning to their birth location, which is a series of holding pens at the fish hatchery in the park. I was in luck! The waters were teeming with Chinook salmon, layers upon layers, fighting their way upstream, jumping over falls and climbing through fish ladders. What a grand spectacle!

There are a couple of ideal spots to watch the salmon. One is from a trail bridge spanning the river, near the upper falls, and the other location is at the bottom of the lower falls that empties into Capitol Lake. The later is the preferred location if you want to see literally thousands of fish approaching the 82 ft waterfall and jumping for their lives. Adding to the spectacle are the groups of people watching and cheering them on as they jump the falls. It’s quite an exciting experience! Here are a few photos that show hundreds of salmon in Capitol Lake as they approach the falls. 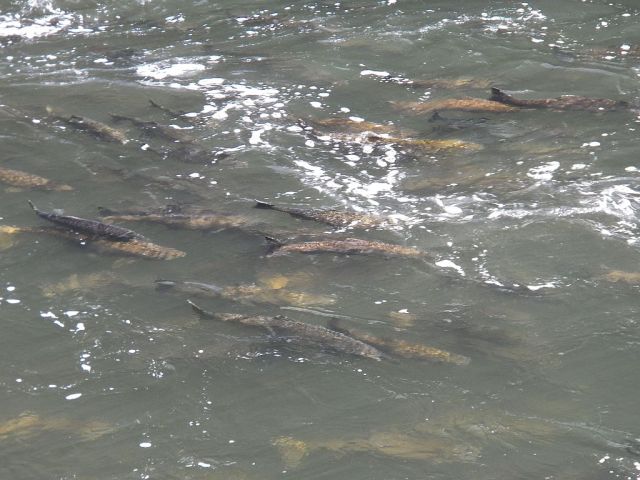 In order to catch some shots of the salmon jumping the 82 ft falls, I used a rather wide angle setting on my camera. One didn’t know just where the fish would be jumping. I considered myself fortunate to catch a few good shots, being very alert and quick on the trigger. You can see a fish starting to jump up the falls in the center of the first image, and then another one slightly to the right of the center in the second image. 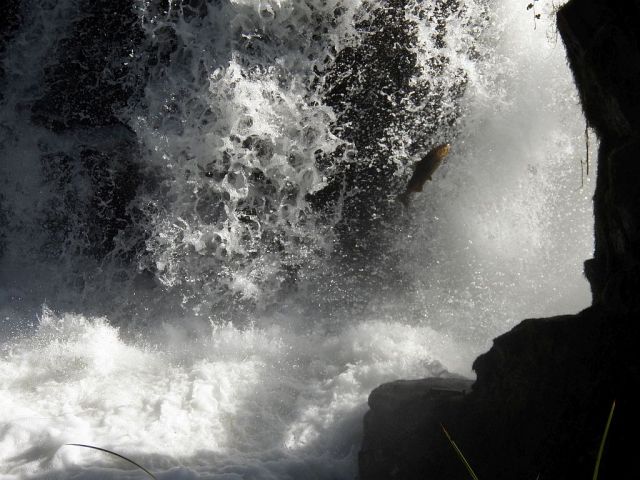 This final image was shot directly above the falls from a trail bridge. You can spot the salmon jumping the falls in the upper right section of the image.

Below, I cropped one of the images to try to get a better look at the fish jump. 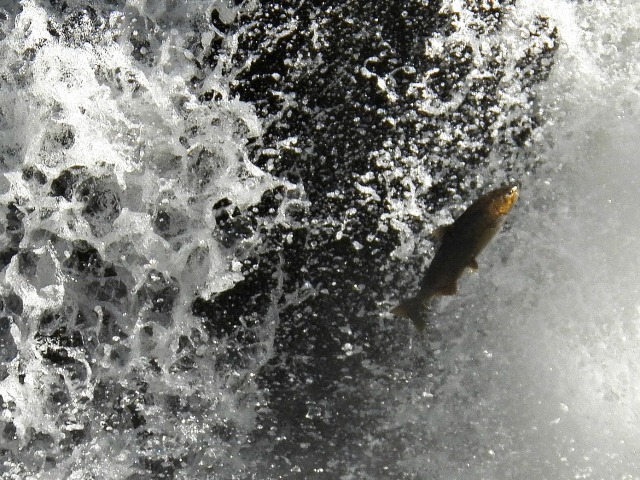 Tumwater Falls Park is a beautiful destination any time of year, with nature trails on either side of the river. Bigleaf Maples line the river sides and are absolutely gorgeous in the autumn season. I noticed some of the leaves were already starting to turn.

As mentioned, there are fish ladders situated along the river to help the salmon climb upstream. Here you can see the ladders at the bottom of this image of the middle falls. 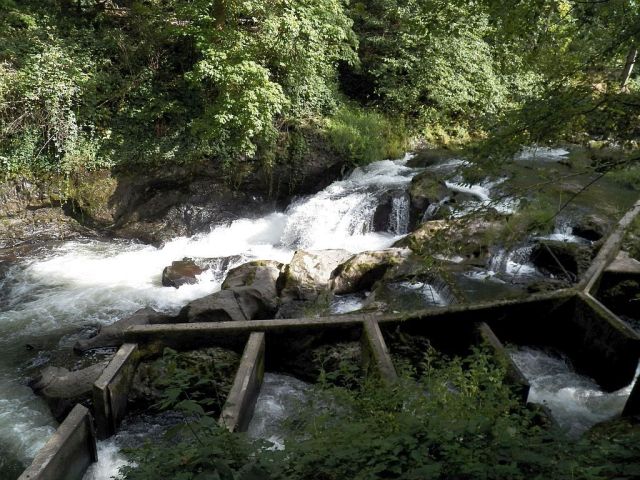 Don’t miss out on this fish spectacle! Come see for yourself! The salmon run should last into next month. The short trails alongside the river are fun for the whole family. There are some gentle slopes to the trails and stairs in some parts, as well as boardwalks. And don’t forget to bring a camera! 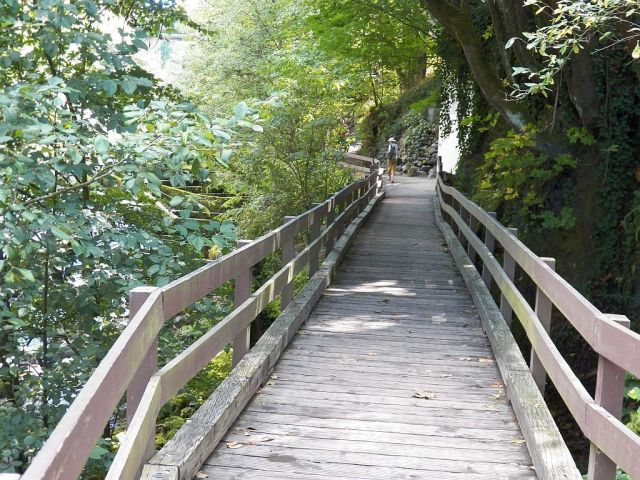 Photos property of Peggy A Thompson

A long time resident of Washington State, located in the beautiful Pacific Northwest USA. I enjoy regional travel, exploring all the wondrous, natural settings that the Pacific Northwest has to offer. If you get a chance, visit my Northwestphotos Zazzle store, http://www.zazzle.com/northwestphotos.
View all posts by northwestphotos →
This entry was posted in Nature, Photography and tagged chinook salmon, Deschutes River, fish, nature photography, salmon migration, travel, Tumwater Falls. Bookmark the permalink.

12 Responses to The Running of the Salmon